It all started in 1889, with a proposition that would change everything. Sir Alexander MacKenzie, principal of the Royal Academy of Music, suggested to Sir George Grove, director of the Royal College of Music, that their two pre-eminent musical training institutions unite to create a new examining body "inspired by disinterested motives for the benefit of musical education... which would genuinely provide a stimulus and an objective for a high standard of achievement".

The new body, ABRSM, was designed specifically to provide an impartial and authoritative alternative to privately owned examining institutions, which were widely perceived to be motivated more by mercenary concerns than a real desire to promote high standards of musical education and assessment. 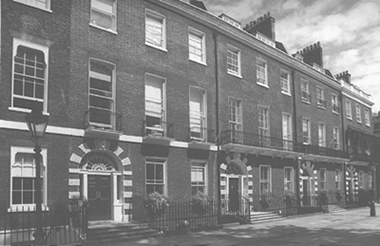 The first Board that governed under MacKenzie and Grove and the chairmanship of Lord Charles Bruce comprised luminaries such as Sir Arthur Sullivan (a prolific composer most famous for his comic operatic collaborations with librettist W. S. Gilbert), Sir John Stainer, Sir Walter Parratt, Sir Charles Stanford and Sir Hubert Parry (a leading choral composer best known for his setting of William Blakeâs poem, Jerusalem). His Royal Highness the Prince of Wales (the future King Edward VII) was an actively involved president, and held annual meetings of the new examining body at his home, Marlborough House.

Sir Hubert Parry himself outlined the founding principles and aims of ABRSM: "For the most part the objects which approve themselves to us are not so much the award of well-deserved certificates… but to give people something definite to work for... and also to give people… opportunities to be intimately acquainted with the finest kinds of musical art, and to maintain standards of interpretation and an attitude of thoroughness in connection with music which will enable it to be most fruitful of good."

An ambitious first syllabus for the inaugural exams of 1890 aimed at "a standard so high that the certificate granted may be regarded as a distinction worthy of attainment" - a founding premise that has been kept through all subsequent modifications of the assessment schemes.

The opening local centre exams took place at 46 centres in the UK, and the two grades (named simply 'Junior' and 'Senior') were completed by no less than 1,141 candidates.

Demands were soon made for a syllabus that supported the needs of pupils younger than those capable of attempting the 'Junior' and 'Senior' grades, after concerns were raised that bad habits formed at an early age could be impossible to let go by the time a learner was able to undertake formal assessment. Two school divisions were immediately introduced ('Lower' and 'Higher'), which were intended to precede the local centre split into 'Intermediate' and 'Advanced'.

The school divisions were later extended downwards to incorporate 'Elementary' and 'Primary', and the 'Final' category was introduced as a new local centre division to precede the LRAM, ARCM and LRSM professional diplomas (which were subsequently replaced or subsumed by the professional Diploma, Licentiate and Fellowship qualifications). 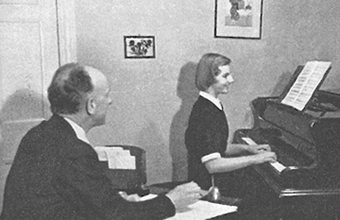 At an ABRSM general meeting in 1937, Sir Hugh Allen memorably described the somewhat demanding range of abilities needed to be a successful ABRSM examiner: "The technique, as far as I can see, of an examiner of the Board would be compounded of a talent for simple arithmetic, an elastic vocabulary, a synthetic memory, a decent handwriting, an unwearied patience, a ready power of description, a gentle demeanour, a sense of justice, solicitude for the weak, a taste for logic, a golden voice and a bedside manner."

The marking criteria followed by examiners for graded exams have remained remarkably consistent over the course of ABRSM's history, as this quote from 1948 demonstrates: "Candidates whose performances are found by the examiners to be up to standard receive certificates from the Board; above the level of a satisfactory 'pass', certificates of merit may be granted; and for really exceptional candidates, certificates of distinction. The Board does not, however, court popularity by multiplying awards and easy honours, and has consistently set its face against any award which might obscure the fact that a pupil in passing an examination has merely left behind one more milestone on the journey of musical progress."

From the very beginning, ABRSM had a duty imposed by the Charter of the Royal College to promote 'the cultivation and dissemination of the art of Music in the United Kingdom and throughout the Dominions'. By 1892, the University of the Cape of Good Hope had invited ABRSM to conduct exams in the Cape Colony.

By 1895, Australia, New Zealand and Canada were all receiving visits from ABRSM's examiners. Exams were introduced to Malta in 1903 and the West Indies in 1907. By 1948, ABRSM had representatives in South Africa, India, Pakistan, Ceylon (now Sri Lanka), Malta, Rhodesia (now Zimbabwe), Cyprus, Singapore and Kenya.

Exams offered by ABRSM rapidly grew in popularity during the 20th century. Annual entries numbered 30,000 by 1914, and its authority was extended to include the Royal Manchester College of Music and the Royal Scottish Academy of Music in 1947. By this time, candidature had topped 100,000.

Over 650,000 candidates now sit ABRSM exams each year in more than 90 countries around the globe. With brand new assessments, exciting new partnerships and innovative new products in the ABRSM pipeline, the future looks - and sounds - as promising as ever. 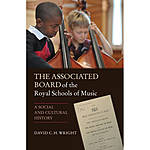 The Associated Board of the Royal Schools of Music: A Social and Cultural History, by David C.H. Wright, is available to buy in paperback or hardback.